The World Bank Board of Executive Directors has today approved additional financing of USD 335 million to support Tanzania’s grid extension and grid densification.

“We are pleased that our support to this objective over the past five years helped to provide electricity access to over four and a half million people including 5,900 education facilities, 1,664 healthcare facilities, and 14,316 business enterprises.”

“The historical emphasis on backbone grid extensions resulted in the national grid reaching 78% of villages, but remained out of connection distance for most households,” said Jenny Hasselsten, World Bank Senior Energy Economist and Task Team Leader for TREEP.

“With this additional financing, TREEP is expected to electrify 15% of the current off-grid population which will increase the access rate in Tanzania from 38% to 45%.”

The World Bank’s Tanzania Rural Electrification Expansion Program (TREEP) has helped Tanzania achieve one of the fastest access expansion rates in Sub-Saharan Africa over the past decade.

Since its implementation in March 2017, TREEP has provided more than 4.5 million people with access to electricity, exceeding the program’s initial target of 2.5 million citizens and adding new connections for more than 1,600 healthcare facilities and nearly 6,000 education facilities.

TREEP has also created employment and business opportunities for women, and improved outcomes for students in remote parts of the country. 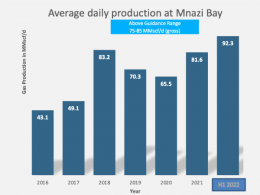