The filling of water in the dam follows the completion of the construction of the diversion channel at the project. The dam measures about 916 km2 and has a capacity of storing up to 33.2 billion m3 of water.

Located at Stiegler’s Gorge on the Rufiji River, in the Selous Game Reserve and in proximity to the Nyerere National Park, approximately 220 km (137 mi), by road, southwest of Tanzania’s commercial capital Dar es Salaam, the JNHPP is planned to have an installed capacity of 2,115MW when completed and be able to produce 5,920GWh of power annually.

It is the largest hydropower plant in East Africa, the fourth-largest in Africa, and the ninth-largest in the world.

The USD 2.9 billion project started in 2018 after the Government of Tanzania signed a joint construction contract with Arab Contractors and El-Sewedy from Egypt.

The JNHPP project has now reached 78.68% completion and final completion is expected in June 2024.

During the ceremony, President Samia said that the dam will be able to store large amounts of water and generate electricity even when the rains decrease, help control the frequent flooding of the Rufiji river, and enable reliable irrigation for farming.

For this, President Samia asked the Ministry of Water and Irrigation not to issue permits for water use and investment for production activities that require a lot of water in the upper areas of the valley (upstream) and instead use the lower plain of the project.

The JNHPP is also expected to open tourism opportunities and generate employment in the lesser-trodden southern circuit, especially in the Nyerere National Park. 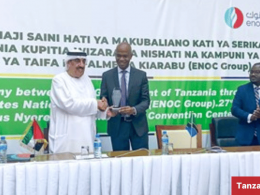 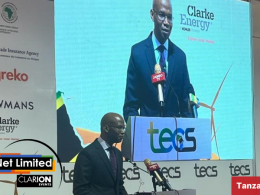 Tanzanian commercial capital Dar es Salaam hosted the national Clean Cooking Conference on 1st-2nd November 2022, which addressed…
This website uses cookies to improve your experience. By continuing to browse the site, you are agreeing to our use of cookies.Accept
Privacy & Cookies Policy