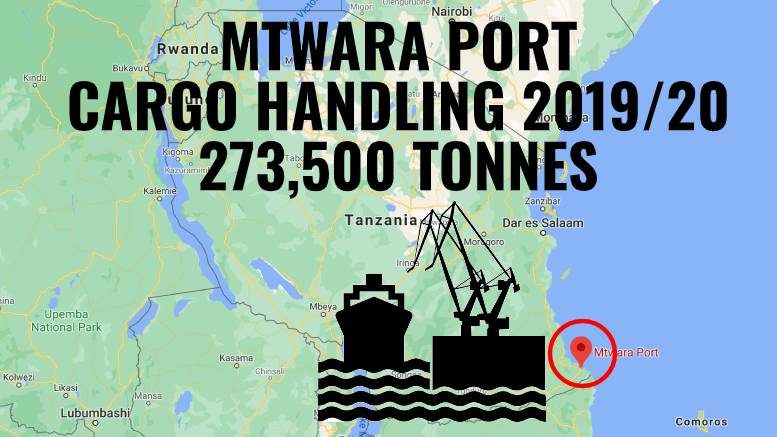 The Bank of Tanzania (BOT) recently published its Consolidated Zonal Economic Performance Report for the year ending June 2020, indicating that the volume of cargo handled at the Mtwara port more than doubled in the last year.

The Mtwara port recently saw major upgrades and can now handle 400,000 metric tonnes of imports and exports per annum.

The expansion is part of the Mtwara Development Corridor, a major infrastructure development project involving southern Tanzania, northern Mozambique, eastern Malawi, and Eastern Zambia. The goal of the project is to provide road, rail, and waterway access from the surrounding region to the Mtwara port.

The Mtwara port has also witnessed an increased in activity since the beginning of offshore oil and gas exploration activities in Southern Tanzania.

Furthermore, the Liganga iron ore and the Mchuchuma coal mining projects are also expected to use the Mtwara port.

The Dar es Salaam port, which handles 95% of the cargo, increased its volumes from 15,742.7 tonnes to 16,071.5 tonnes. The good performance was attributed to increased efficiency mainly on account of the port expansion, modernization, and harmonization of operations.